Wolf isn't all about gaming. This is a section dedicated to reading. Every couple of Months, a new book will be selected to be read. We'll read a couple chapters a week, and we'll discuss them each week, too. You'll recieve plenty of notice before we start.  Happy reading!

Under a War-Torn Sky 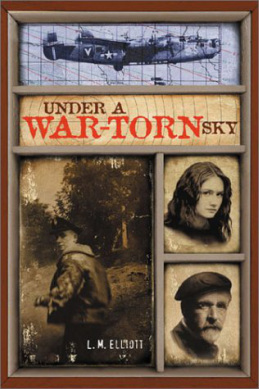 Reviews for Under a War-Torn Sky sound very good. It sounds very well written, and of course, it's World War II! From what I've heard, it does seem to tell of a more realistic World War II, so maturity is advised. It sounds like a very good read. Reading will begin on August 7th, so make sure you have it by then! You can get it via library, bookstore, or online website. If you are getting it from a library, make sure you reserve it a least a week in advance. The Secret Journeys of Jack London: Book two, The Sea Wolves, will be read after War-Torn Skies, will probably be read in September. Until next time!

Update: This will begin on August 7th, do to some members not being able to get it.

The Secret Journeys of Jack London: The Wild 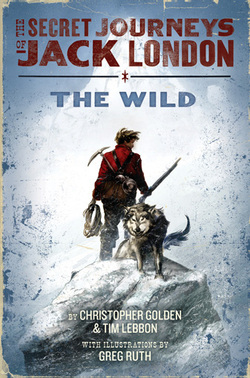 Having attained a good review, this book looks promising. It looks to be an intersting story, it has cool pictures, and, there's Wolves! This is the first book in the series. We will be starting the book on June 20th, 2012. Please use that time to abbtain the book from the library, bookstore, or online website. Remember, Librarys are free, but you usually  must order it ahead of time. So please, request it as soon as you can. Once we start the book, we will read a certain amount of chapters a week, and then disscuss them,. If you are interested in joining the book club, just say so in the Blog. Thanks!


July 15th, 2012.Congratulations to Wolf Claw and Bane (And me) to finishing The Secret Journeys of Jack London: The Wild. We three will all get "Mmm, literature!" Achievements! Our next book is titled: "Under a War torn sky", and is during World War II. Look for the new article for more info!